How to Avoid a Hacker’s Attack

The Theft of Sensitive Data At Your Firm Could Cost You

Editor's Note: This article appeared in the January/February 2014 issue of Disclosures magazine, the VSCPA's premier member publication. While some of the statistics are old, the information on how to avoid hackers' methods is still sound. With more and more companies succumbing to cyberattacks each year, this is still a major issue facing CPA firms. 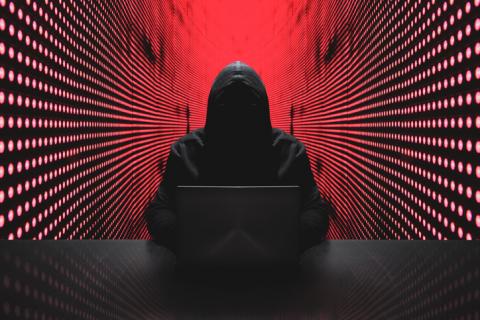 Database security breaches have caused a huge amount of damage to companies across the United States. As companies rely more and more on the Internet to conduct business, company data is more and more susceptible to hackers. It is crucial for every company to prevent damage from data breaches.

This attack tool scans through large numbers of computer systems and searches for hosts that have a vulnerability or set of vulnerabilities. Once the mass rooter detects a vulnerable host, it will try to attack the system and later be notified on whether or not the attack was successful. Mass rooters are available within the public domain. To prevent this type of attack, make sure your computer systems are up to date. Also, do not leak important information like software versions, email addresses, names and positions of key personnel to the Internet. Also, try to prevent network devices from responding to scanning attempts.

Port scanners send client requests to a range of server port addresses on a host in order to find an active port and then exploit a known vulnerability of that service. According to IBM’s Cyber Security Intelligence Index, compiled in 2013, 28 percent of all attacks were done using a sustained probe or scan. This includes tools like port scanners, operating system enumeration tools, open ports and running services.  To avoid such malicious scans, you can apply access control lists. Many sophisticated systems can monitor the number of ports scanned by one remote source and block all requests from the source when the number of scans reaches a certain predefined interval.

This tool determines the operating system a target host is using, and it is widely available on various Internet sites. To prevent your system from being compromised, you must maintain proper path levels on endpoint and network systems, closely monitor system design,  prevent direct external access to servers and shut down all unneeded ports and services.

Hackers use software exploits to take advantage of various classes of programmatic flaws in computer software. One of the most common types is an SQL Injection, which fools the database system into running malicious code that will reveal important information from the compromised server. According to the Cyber Security Intelligence Index, each company has 1,400 attacks on average within a week. As a result, there were 1.5 million monitored cyber-attacks in the United States in 2013. To reduce such attacks, companies must make sure their software is up to date and also encrypt sensitive data.

The denial of service attack tool allows hackers to run programs that continuously ask for information from the user’s computer until the computer is unable to answer any more requests.  According to Microsoft,1 there are several ways to prevent denial of service attacks. One way is to “keep an audit trail that describes what was changed and why.” Another way is to “keep people aware of old configurations and their purpose.” Finally, you must “know the trade-offs between simplicity, cost and survivability.”

A DDoS tool allows hackers to install Trojan horse programs on the user’s computers throughout the network.  These attacks are preventable. You must first acknowledge that you are vulnerable and that hackers attack organizations at random.  As a result, you must implement the best and most current practices for network infrastructure, applications, critical supporting services and the domain name system (DNS).

Hackers use DNS spoofing to force a DNS server to accept and use wrong information from their server. Spoofing can cause lots of problems for vulnerable DNS servers, such as directing users to the wrong websites or directing email to non-authorized mail servers. If the hacker or competitor at another company is able to redirect email, they will be able to gain insight into the other company’s product designs and other confidential information, which can cause a huge loss for the original company.  There are two main issues to worry about concerning DNS spoofing. First, a spoofing attack can go unnoticed until the competitor enters the market with a “copy” of the other company’s product. Second, many top level business managers don’t realize that DNS spoofing can cause such tremendous financial and security risks. However, there are ways to prevent DNS spoofing. Companies responsible for a domain must check which type of server they are using and consult with its developer to determine if the server is vulnerable to DNS spoofing. More importantly, companies must use the latest version of DNS Expert to check the vulnerability of all types of DNS servers to determine whether they are prone to DNS spoofing or other risks.

Cisco defines a Trojan horse as “a harmful piece of software that looks legitimate.” Users are commonly tricked into downloading and executing the file onto their computer. In reality, this file is disguised as a legitimate software or program. After it is activated, it will start to create numerous attacks on the host, which in turn gives the hacker access to the system through back doors. According to the Cyber Security Intelligence Index, 35 percent of cyber attacks were done using malicious code, such as third-party software using a Trojan horse. To prevent Trojan horse attacks, company employees must make sure they never open email attachments from unknown or suspicious users. They also should never download free software from unknown or sketchy websites.

Hackers use a virus to replicate itself to another file or document. A virus hidden inside a file could be spread to another person’s computer once they open that file. This is very similar to another kind of hacker tool called a worm.  A worm, on the other hand, is a computer program that also replicates itself by sending itself to other systems, but it can spread much faster than a virus.  To prevent hackers from using a virus or worm against your company, you must run virus detection software on your computer to scan and eliminate any viruses. You also need to make sure that your anti-virus software is up to date.

The Cost of Data Breaches

In the recent years, many companies suffered tremendously from security breaches. Here are four companies that have been negatively affected by data breaches.
In January 2007, TJX, the retail company that owns T. J. Maxx and Marshalls, suffered a severe data breach. Albert Gonzalez and his crew of hackers gained access to 45.6 million credit card and debit card numbers from the customer databases of TJX due to its poorly protected wireless local-area networks.  He was able to do so by exploiting the holes in the SQL programming language. In other words, he used software exploits. This severe breach cost the company $256 million.

Hackers also used software exploits in the Global Payments Breach in April 2012, as well as SQL injections that exploited holes in the SQL programming language. This severe data breach cost the company $93.9 million, which included $60 million for professional fees and other costs associated with investigation, remediation, incentive payments, credit card monitoring and identity protection insurance costs; $35.9 million for fraud losses, fines and other charges imposed by the card networks; and $2 million for insurance recoveries. This breach affected 1.5 million payment cards in North America.

Around November 2013, hackers installed malware into Target’s payment system. As a result, 40 million credit and debit card numbers were stolen from Target along with 70 million sets of customer information such as name, address and email address and phone number. This caused a 46 percent drop in Target’s profits in the fourth quarter of 2013.

Prevent Data Breaches at Your Company

As technology moves forward to help companies perform more efficiently, the risk of a data breach also increases.  It is extremely important to understand common ways hackers get access to a company’s data as well as the ways to prevent data breaches.

When this article was published, Yanhua Bai was a student at Virginia Tech majoring in accounting and information systems, and John Brozovsky, Ph.D., was a Virginia Tech associate professor of accounting. He is now retired.