If your business is growing or your clients’ needs are expanding, make sure you know which classification is correct. 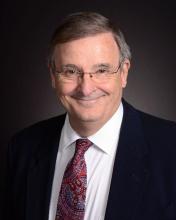 Hiring independent contractors can make a lot of sense in business. Contractors often bring a different level of expertise to certain projects, and they’re typically a more affordable alternative to full-time employees. They don’t require all the same forms of compensation as traditional employees, including insurance and fringe benefits.

If you’re experiencing rapid growth, you might be tempted to hire contractors over employees, thinking they’ll scale up quickly to meet demand. But if it makes so much financial sense to pass up W-2 employees for independent contractors, why aren’t more business owners doing it?

There’s a big reason, and it’s called the IRS. If you’re caught misclassifying employees (however unintended), you could be in hot water with your state labor department, federal labor department, or both! These lawsuits can be costly and particularly crippling to business owners working on thin margins.

The most tragic part is, like many business owners, you won’t know you’re doing anything wrong until you’re slapped with a Fair Labor Standards Act (FLSA) lawsuit. What’s more, misclassifications are preventable. That’s why it’s so important for you to know the difference between a W-2 employee and a 1099 independent contractor and be aware of the penalties for confusing the two.

What are some tell-tale signs I’m treating contractors like employees?

Maybe when you started, you only needed workers for 10 hours a week, but now things are scaling up, and you need them all week long. Over time, you’ve increased your oversight, and your contractors have lost elements of control they used to have, like the ability to set or negotiate their hours.

You also need workers to go off-site for certain projects, so you give your contractors access to a company car. Sure, they could use their own, but you’re not reimbursing them for gas or mileage, so why bother? And when one of them reveals they’re working for another company in your niche on the weekends, you discourage or prohibit them from working with the competition.

Each of these actions may indicate you’ve misclassified your workers. If your independent contractors aren’t free to work when, where or how they like and aren’t reimbursed for their expenses, you may be treating them more like employees. One of the most dangerous mistakes you can make is failing to recognize when an employee who started as an independent contractor has changed responsibilities and fallen out of the 1099 safe zone.

What are the consequences for misclassifying workers?

Perhaps the biggest consequence for business owners who misclassify workers is payroll tax issues, and that’s beside it being an FLSA violation. Companies that improperly classify employees as independent contractors can face state and federal penalties. Wage and hour claims are usually initiated at the state level but can easily progress to the federal level, depending on the size and nature of the business. And let’s not forget the IRS. They would be involved in a case like this as well. (Read "Employee or Contractor? Classification Matters." for a more in-depth look at the IRS ramifications of worker classification.)

How can I make sure my new hires are classified correctly?

An ounce of prevention is worth a pound of cure. Pay for an hour or two of consultation time with an attorney. If you go in with all your ducks in a row, you can get an efficient analysis of your situation. If you’re considering making some new hires but aren’t sure whether to classify them as employees or contractors, there are some things you should bring with you to your consultation.

Once you’ve worked out which positions require contractors and which require employees, you’ll want to adjust your job postings to reflect that information.

Three hiring secrets to protect you from common misclassification pitfalls

In the end, you have two options when it comes to protecting yourself from misclassifying workers. The first is only hire W-2 employees. That’s the safe zone, even if it’s sometimes inconvenient and more expensive.

The second option is to learn and internalize these three hiring secrets:

It’s just good practice. And always ask if the duties you hired people for are still the ones they are currently doing. Just because you got it right the first time doesn’t mean you’re going to keep getting it right — and that’s ok! Every business owner should take the time to circle back on this to make sure everybody is classified as they should be.

Sure, correctly classifying employees doesn’t sound like a big deal at first but getting it wrong can wreak some serious havoc on your business.

Randy Johnston is the executive vice president of K2 Enterprises. In his role at K2 Enterprises, Randy develops and delivers technology-focused learning opportunities for accounting, financial, and other business professionals.