Building a culture of trust

Martha Mavredes, CPA, made her mark on the Commonwealth by serving as the first female auditor of public accounts. 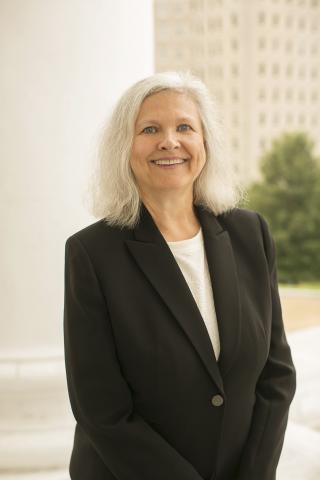 Martha Mavredes, CPA, is a planner. When the COVID-19 pandemic sent her staff at the Virginia Auditor of Public Accounts (APA) home in March 2020, the team didn’t miss a beat — in no small part because of work she had done years prior.

Mavredes, who was appointed Virginia’s auditor of public accounts in 2013, officially retired at the end of 2020, ending a 37-year career at the agency. The pandemic gave her a final year some would say is unbefitting of the legacy of the first woman to hold the position she attained in Virginia. However, the values and practices she instilled at the APA were instrumental in helping the agency fulfill its mission through unprecedented challenges.

Five years ago, Mavredes led a strategic planning process that resulted in the development of the APA’s core values. That “guidepost,” as APA Audit Director George Strudgeon, CPA, called it, made all the difference in continuing the agency’s work.

“We didn’t have to come out with strict rules about how to be on camera or contact a client or anything else,” Strudgeon said. “Everybody just seemed to adapt those values to the virtual setting. Her setting that up five years ago was really great when the pandemic hit, because it allowed us to pivot with very little friction on how people interacted.”

No one knew at the time that the period of mandatory telework would outlast Mavredes’ career. Her retirement party took place over Zoom, and her victory lap at the James Monroe Building turned into a few scattered trips to an empty office to collect her belongings. But her fingerprints remain all over the APA’s work and processes.

A legacy of trust

After graduating from the College of William & Mary in 1980, Mavredes began her career at Peat Marwick International before a desire for more work-life balance led her to the APA in 1984. She quickly rose up the ranks at the agency — even securing a promotion while out on maternity leave — and became deputy auditor of public accounts under then-auditor Walt Kucharski, CPA, in 2007.

One of the influences she took from Kucharski was the way she developed her staff, allowing them to gain experience and exposure in the parts of the government they’d need to know to advance in their careers.

“He gave me opportunities to get to know some of the legislative staff, so I was able to see how part of that process worked,” Mavredes said. “Even as deputy, he would let me handle things on my own, and then as auditor, I felt comfortable dealing with those legislators and committees, because he had given me those opportunities and that visibility with them.”

Mavredes kept that in mind when grooming the deputy who would become her successor, Staci Henshaw, CPA.

“She always said, ‘I don’t want to be here forever because I want you to have the opportunity to advance,’” Henshaw said. “We had that conversation several times, and I think that says a lot about her leadership that she thought about my career as well.”

That kind of forethought also extended to the rest of her staff . Both Strudgeon and Henshaw got their first taste of leadership by being in charge of Virginia’s Comprehensive Annual Financial Report audit. In Strudgeon’s case, she brought him onto the project a year in advance and didn’t hesitate to let him take on other high-pressure responsibilities.

“One thing that Martha brought that stood out was the amount of trust that she had on her directors who were working with her,” Strudgeon said. “I can remember being up at the General Assembly. She was giving a presentation about one of my agencies, and they were having difficulties, and one of the members started asking questions about the agency. She had the trust and the faith and knew I was in the audience and would be able to answer the questions.”

As much trust as Mavredes extended to her staff, the faith in her from those who depended on her professionally was absolute. When she stepped down, the people charged with picking her replacement didn’t even do a true interview with Henshaw, instead just asking her to provide information on her background. Mavredes’ recommendation was enough.

“She was instrumental in making me who I am today,” Henshaw said. “She helped me find my niche in my career.”

Mavredes grew up in Charlottesville and started out as a mathematics major at William & Mary before deciding to study the more practical side of the discipline — as she puts it, “I liked the numbers more than the theory of it.” She wound up in a two-accountant marriage — her husband, Jim, worked at what was then Coopers & Lybrand — and decided to get away from the ‘Big Eight’ lifestyle when they wanted to start a family. (They had two daughters, Stephanie and Meghan, and in another cruel COVID twist, Mavredes now has two grandchildren in Oklahoma whom she can’t visit despite her newfound free time.)

A former manager of hers at Peat Marwick, Leigh Joyce, invited her to interview at the APA for what wound up being her last employer switch. The responsibility of ensuring Virginia spends taxpayer money responsibly was a big driving factor for her — as she put it, “The legislators say how the money is spent, and we are the eyes for them in the different agencies to make sure things are being spent correctly” — as well as building (and retaining) the best staff she could on a public-sector budget.

“I tried to make sure people understood that family was important,” Mavredes said. “If they had a kid who was sick or had a school play or whatever, taking time off to tend to those kind of things was acceptable and encouraged. If you’re feeling like your life is fulfilled and filled out, you’re going to be a better employee than if you feel like we’re just running you through the mill.”

Ask a former employee how Mavredes was as a boss and you’ll get glowing tributes. Strudgeon says “You knew she always had your back,” while Henshaw emphasizes that “she’s someone who cares about you as a person as well.” And it wasn’t just emphasizing family and making genuine conversation at the office that instilled that faith.

“Back when she was the deputy auditor, I walked into her office and noticed a smell,” Strudgeon said. “She said she had just bought a new air freshener, and I asked what brand it was. I said that the smell took me back to the smell when I first met my wife, which was the smell of her dorm room in college.

“A week later, I walk into my office and there’s a fresh, new air freshener that I had talked to her about. She had remembered that story and what that scent meant to me, and the next time she was out shopping, she got it. You always think people are just being polite and listening to you, but the little things like that stood out.”

Mavredes’ career and life have been marked by her desire to give back, both to the community and the accounting profession. A former member of the VSCPA Board of Directors, she threw herself into the role of state auditor, serving on numerous committees and work groups for the National State Auditors Association, as well as the American Institute of CPAs Government Performance and Accountability Committee.

Even in retirement, she’s still serving. She’s the chair of the finance committee at her church — she notes the strange feeling of currently being on the receiving end of an audit after spending so many years auditing state agencies. She’s got other plans for retirement beyond trips to Oklahoma — her reading has picked up since she retired, and she even was able to serve as a beta reader and provide feedback on an early draft for Carla Laureano, one of her favorite authors.

She’s a diehard University of Virginia fan who hopes to be able to use her football season tickets after being shut out of the stadium last fall. She’s working on digitizing years of family photos and memories, along with expanding her cooking repertoire and getting more exercise.

She’s also still taking stock and contextualizing a career end she never could have predicted and the way the staff she built is carrying out her legacy at the APA. True to form, when asked to reflect on nearly four decades serving Virginia, it doesn’t take long for her to deflect credit to other people.

“This last year at work was so challenging,” Mavredes said. “My former staff have worked really hard to pivot and look at new ways to do things in the current environment. We were able to successfully bring new auditors on board and get them working, even if they weren’t around people as much. It was a challenge that I think everybody was going to be able to rise to.

“I was proud of how well my folks rose to the occasion.”

Chip Knighton is a seasoned freelance writer and former communications manager for the VSCPA. He currently serves as senior marketing manager at the Virginia Economic Development Partnership.