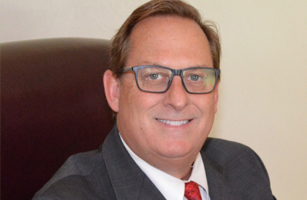 VSCPA member Joe McNamara, CPA, was elected to the Virginia House of Delegates in a special election Tuesday.

McNamara, a Republican, got 61 percent of the vote to defeat Democratic challenger Carter Turner in the 8th District, which includes Salem, Craig County and parts of Roanoke and Montgomery counties. The race was the only House race on the ballot Tuesday. The seat came open when former Del. Greg Habeeb, also a Republican, stepped down to focus on his law practice.

McNamara will be the first CPA in the General Assembly since Sen. Walter Stosch, CPA, also a VSCPA member, retired at the end of 2015.

"I'm going to try to really understand the budget the best I can and try to make sure that we fund the most important things for our area and that may include tax rebates for the people that are paying taxes," McNamara told WSLS 10 in Roanoke.

McNamara is not in active practice and owns two ice cream shops in the Roanoke area. Before that, he spent two decades in corporate finance at technology company Unisys. He is a longtime member of the Roanoke County Board of Supervisors.