The Why and How of Artificial Intelligence

One of the hot areas of emerging technology is artificial intelligence (AI). You know a topic is hot when products use the terminology in their name or in their marketing materials. We’ve seen this done with “ease of use,” cloud computing and blockchain. Artificial intelligence is so hot of a topic among the development community that marketing teams are saying products have AI when, in fact, they do not. Because of this, I’ve been using the approach of calling this “artificial” artificial intelligence or “fake” AI. Facts matter, and many products that claim to have AI simply do not. It is truly buyer beware right now in this area.

As a computer scientist by training, I admire products that have developed solutions that leverage AI. Program development in this area is not easy, and the products are just starting to work and do meaningful tasks. Some of the goals of AI are quite lofty, and the promises and risks of AI in computing are quite large. Consider the following:

On the positive side:

On the down side:

AI has been under development for a long time, starting at Dartmouth in 1956. I was using the programming language Lisp in 1975 and this tool was broadly used until 1987, when it was replaced by SmallTalk/Medley. AI is routinely divided into sub-fields such as robotics or machine learning. Traditional goals include: reasoning, knowledge, planning, learning, natural language processing, perception and explainability. Tools include versions of search and mathematical optimization, neural networks and methods based on statistics, probability and economics. Stuart Shapiro divides AI research into three traditions, which he calls computational psychology, computational philosophy and computer science. Together the human-like behavior, mind and actions make up AI.

We’ve seen the results of AI with public relations stunts when:

AI is a broad collection of topics and approaches. Because there are so many topics to cover, there are broad fields of study that each have a lot of depth. However, purists are after the last bullet in the list below, general intelligence. This is not around the corner, as computer scientists of the 1950s believed, but a decade or more into the future, even with the rapid progress being made today. There are a number of problems AI is trying to solve:

So how do artificial intelligence approaches work? They use:

What does this mean to the practice of accounting and to accountants? We have several working examples available:

As development continues and artificial intelligence transitions from an emerging technology to mainstream, vendors will choose from many open source and proprietary suites that have AI capabilities or they will develop their own algorithms inside their products. Examples today include:

The best example of tools for accounting that are working today is:

Here’s a summary of what you need to know about artificial intelligence:

Artificial intelligence has matured from technology buried in computer science labs using complex coding techniques to more common algorithms and supporting technologies used as part of the design strategy of new generation products. Many of the developers have known of AI techniques for years but did not have a practical way to apply the algorithms because the computing overhead was too high, the sample of data was too small and the number of techniques that needed to be applied made the code too complex. With centralized computing in SaaS applications and cloud data centers, AI has become much more practical and accurate.

You need to filter out products based on rules, forms or pattern recognition that are programmed to recognize each specific form/task and make a decision based on recognizing the form or task. You want the system to accept inputs of all kinds, recognize new data, learn about the data and make conclusions that provide insight. Like the human race, it is hard to predict where AI will take the capabilities of machines and computers. As many of you have heard me say before, computing can be used for good or bad. I tend to look at the bright side of life, as we are reminded by Monty Python here. While Skynet is possible, and we want to listen to the cautionary predictions of Hawking, Gates, Musk, Thiel and others, on the future of artificial intelligence. 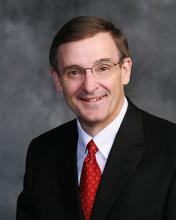 Randy Johnston is a shareholder in K2 Enterprises, LLC, a leading provider of CPE to state CPA societies. He also owns Network Management Group, Inc., a managed services provider that provides around-the-clock support from Boston to Honolulu. Concepts for this article were extracted from the Emerging Technology session produced as part of the 2018 K2 Technology Conferences and from Johnston’s own experience working with technology at various firms in the United States. Ask for help at NMGI by emailing [email protected] or call (620) 664-6000.