Member Thoughts: The Power of Advocacy

I am happy to share that I attended my first CPA Assembly Day on Jan. 24. As a political enthusiast, I was excited to get the opportunity to see the General Assembly in action as dozens of my colleagues gathered together for a day full of advocacy in the name of the CPA profession.

Our agenda was simple: To provide legislators with insights and information concerning three bills important to Virginia taxpayers and CPAs. 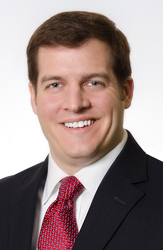 The proposed bills focused on tax conformity, tax amnesty and a more technical, but important to our profession, bill on accounting statute updates. The origination of the tax conformity and tax amnesty bills were bicameral, in both chambers, as the accounting statute updates originated in the senate. The bills were at different stages of the legislature life cycle during our visit. All three bills were fully supported by the VSCPA.

The day started with an inspiring greeting and special address from our Lieutenant Governor, Ralph Northam.  Soon after, we walked across Capitol Square to the General Assembly Building to meet with the legislators before their departure for session. The wait to get through security was well worth it to meet the legislators and begin the morning of advocacy. With so many volunteers, we broke up into small groups to spread our message to the legislators.

The General Assembly Building was extremely busy with constituents and advocacy groups filling the hallways, trying to get a couple minutes to speak to their legislator. Often the legislators were in committee or in meetings, so as an alternative, we were able speak directly to their legislative aide. I, along with a team of other VSCPA members, was able to meet with several legislative aides, including those representing my General Assembly districts. I teamed up with James Young, CPA, we were able to meet with Sen. Lionell Spruill, Sr. (D-Chesapeake), and Del. Joe Lindsey (D-Norfolk). As a graduate of Christopher Newport University, which is situated in Hampton Roads, it was great to get the opportunity to meet with legislators that represent the region of my alma mater.

As the morning came to a close, we were offered the choice to observe the General Assembly session. I had previously observed the House of Delegates, so I jumped at the opportunity to observe the Senate. The Senate Chamber balcony was filled with constituents and other advocacy groups. Luckily, James and I were able to secure the two remaining seats in the Senate Chamber balcony. Lt. Governor Ralph Northam called the session to order, prayers were observed, and moved quickly to a roll call of the members, and introduction of guests from the floor. Sen. Siobhan Dunnavant (R-Henrico) was very kind in introducing the VSCPA and acknowledging our profession to the Senate floor.  Personally, this was very rewarding because I am a proud citizen and voter of District 12.

Lt. Gov. Northam followed Sen. Dunnavant and offered gratitude to the VSCPA for our continual role as a resource and in guiding the Commonwealth’s tax and accounting legislation. The session later moved to bills, including their third reading on the tax conformity bill (SB 977), which passed Senate block vote 39–0. Great news for the Society, as the respective House bill passed the House Chamber on Jan. 19. Although I was not in attendance during the House of Delegates session, a special thanks to Del. Jimmie Massie (R-Richmond) for introducing the VSCPA representatives to the House floor. Further thanks go to VSCPA Vice President, Advocacy Emily Walker, VSCPA Executive Assistant Julie Chamberlain, the rest of the VSCPA staff and Gary Thomson, CPA, of Dixon Hughes Goodman, for their efforts in organizing the event, educating the group on legislation, expectations and etiquette and providing us with the resources we needed to be successful.

Perhaps the most important takeaway from CPA Assembly Day for me was witnessing how genuine and invested the legislators were when interacting and listening to their constituents. Our senators and delegates are truly interested in hearing our concerns. I look forward to attending CPA Assembly Day next year, learning more about Virginia’s General Assembly, and most importantly, finding more ways to become involved and further advocate on behalf of the VSCPA and the CPA profession.