Member Thoughts: Blockchain and its Applications (and Limitations) for CPAs 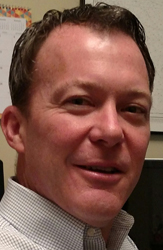 The past year has brought an increasing drumbeat of publicity for Blockchain technology, largely driven by the continuing evolution of cryptocurrency, but the technology has uses well beyond virtual currencies.

At its most basic level, Blockchain technology is simply a growing list of connected records, in which only new records can be added, but existing records can never be altered. In more technical terms, Blockchain is an open-source, encrypted database network technology, which uses cryptographic protection to ensure overall information integrity. Blockchain’s architecture is replicated across a peer-to-peer network of multiple ‘nodes,’ each of which validate transactions by consensus using specific mathematical algorithms. Once validated, transactions are complete and become a permanent, unalterable ‘block’ of data added onto the existing ‘blocks’, otherwise known as the blockchain.

To envision how a Blockchain network could be implemented for an organization, one must first understand Blockchain’s architectural structure because all peer-to-peer networks are not alike. There are three distinct types of blockchain networks, each of which can have significantly different implications and applications. Blockchain networks can either be public (open), private (closed) or consortium, the last of which is a hybrid of a private network.

Like any digital connection, Blockchain relies on certain protocols to access a network. An open, public blockchain network is a true, open-sourced peer-to-peer decentralized system. As such, anyone with a computer and an internet connection can become part of a public network. However, for every additional node in the network, more computing power is exponentially necessary to run transactions on a blockchain database. As a result, a genuinely public Blockchain can be more expensive and will run slower as compared to a private network.

Conversely, in a private Blockchain companies can control who has access. In this respect, a private Blockchain is somewhat like traditional client-server architecture — such a network is not truly decentralized because there remains a central authority controlling access, as well as determining the rules of consensus. Private blockchains may not eliminate the need for users to trust a proprietary third-party. Also, in small peer-to-peer networks, there remains risk of the network being overtaken by more than half its nodes — a kind of digital coup d’état.

Consortium blockchains are essentially a hybrid of private networks, which allow for decentralization by including pre-selected other parties. These other parties would generally be known entities – some theorize the idea of digital professional associations whereby similar organizations within specific industries could mutually maintain consortium blockchain platforms. Instead of being controlled by a single entity, consortium Blockchains are managed under a group and not under the company’s control. Such a system is relatively cost and resource efficient while ensuring data privacy, yet there is no need for users to trust a third-party company for data integrity.

But while this may seem the solution, this is where the technology currently finds itself struggling to take the next step. There are many companies actively trying to be pioneers in creating commercial platforms on which businesses can set up a single communications system, in which they can offer customers and/or other stakeholders freedom from relying on them to protect and authenticate their respective data.

There is one obvious issue regarding the security of blockchain. Many critics are concerned with the lack of additional measures required for users to access blockchain. While cryptographically encrypted keys are arguably the best and strongest security method that currently exists in a digital environment, this measure is only as good as the security of the encrypted key itself. Just like a unique physical key to a car or a house or a PIN number or password for an account, a Blockchain key could also be lost or somehow shared with another party, thus putting the user’s account in the database at risk. Blockchain inherently assumes that the user of a key is the correct individual, and the technology currently has no safety net to safeguard against this type of breach. For now, multi-factor authentication can mitigate this risk, but the technology will likely need to address such issues to maximize its scalability for future platforms and applications.

This excerpt from the whitepaper "Blockchain Technology: Internet 2.0" (PDF) is provided courtesy of Gadfly Associates, PLLC — Business Advisory and Accounting Services. We are an innovative, cloud-based accounting firm for real estate investors and closely-held businesses. Our goal is to provide our intellectual capital with a concierge approach based not by the billable hour, but on a caring and candid relationship unlike your typical accounting firm. Gadfly Associates is the premier business advisory firm in Northern Virginia. For more information, please email Scott E. Silvestain, CPA at [email protected].